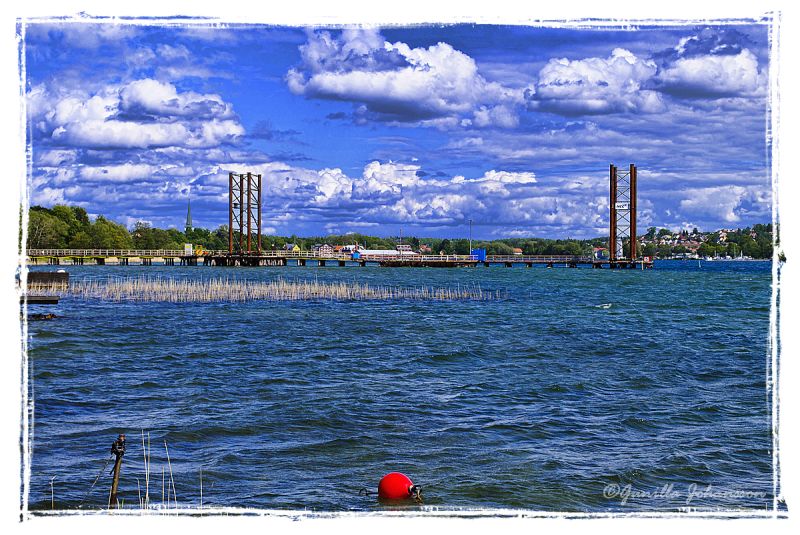 Previous Next
← previous day next day →

For nearly sixty years, everyone in my town have been waiting for a decision from the politicians. Now the construction of an elevated bridge finally began, traffic headed out of town instead of through the city.
Everything is expected to be completed by autumn 2013
I´ll call this TAG "serie3"

It is coming along nicely, when is it expected to be complete?

Oops hit the button too fast there, 2013, quite a huge project.
The blues are pretty prominent and striking.

wow! so beautiful! and great blue....

Wow, this is really beautiful, Nilla. So crisp and sharp and wonderful reds and blues and white. Amazing clouds!!! I don't usually like this kind of frame, but here it really makes it look as if the whole scene is expanding off the page. Great!

Interesting treatment. Construction is nearing completion. 2013 is only two years, but it will be a celebration.:-))

I almost forgot about the bridge =)) Excellent processing..clever tones! I like the cloud treatment!